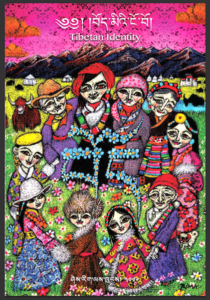 “What does it mean to be Tibetan?” “What makes you Tibetan?” This book is a collection of essays of the young Tibetans from all over the world who share their ideas what it means to be Tibetan today.
The purpose of the book is to inspire the Tibetan people to rethink more deeply about their identity and to help unite the Tibetans from all over the world. 20,000 copies have been distributed to the Tibetan communities world wide. (Forewords by H.H.The Dalai Lama; a collaboration with the Department of Education of Central Tibetan Administration.)

The first sexual-health book for the Tibetan refugee children in exile created by The Central Tibetan Administration and its Department of Education in Dharmsala, India and BFC. 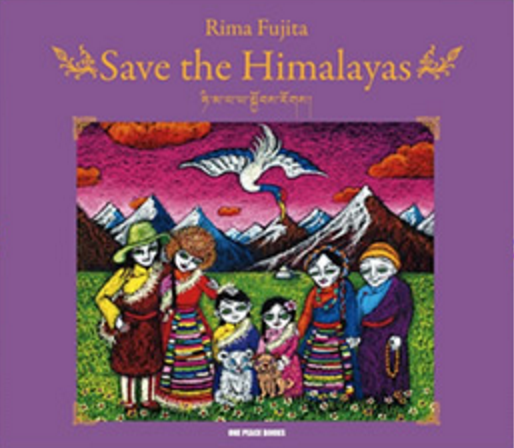 “TB Aware,” the children’s book that I illustrated received “Angel Awards Silver Award Excellence in Media, Prints Department” in 2008 in U.S.A. Written and produced by Rachel von Roeschlaub; illustrated by Rima Fujita; foreword by Dr. James Watson; an educational book to teach refugee children how to prevent from getting tuberculoses. 5,000 copies were donated to 82 schools,
monasteries and nunneries in India, Nepal and Bhutan.

Forewords by the Dalai Lama and Professor Robert Thurman written in Tibetan, English and Japanese; a heart-warming story based on a true compassionate episode of the Dalai Lama’s life. 2,000 copies were donated to 82 schools in India, Nepal and Bhutan.
»Amazon.co.jp

Foreword by the Dalai Lama; written in Tibetan, English and Japanese; this smart folktale shows how one can stop someone from bragging with wit and wisdom. Officially selected by the U.N. as recommended reading for educators around the world. 2,200 copies were donated to 81 refugee schools in India, Nepal and Bhutan.
»Amazon.co.jp

How You Can Help:

BFC accepts donations only when we are working on a project.
We accept all kinds of support from you, such as donations and volunteering. We will let you know when a new project begins. We will need your help!

What We Have Done So Far :